COP26 has refocused the world’s attention on climate action. And the continuing flurry of litigation suggests citizens are now more serious than ever about pressing those in positions of power to address the climate crisis.

Two weeks before COP26, a small NGO was already taking matters into its own hands, filing a claim at the International Criminal Court (ICC) to end impunity for environmental destruction in the Amazon.

The complaint, submitted by Austrian NGO AllRise on 12 October, accuses Brazilian President Jair Bolsonaro and his administration of committing crimes against humanity for their role in fuelling ‘the mass destruction of the Amazon with eyes wide open and in full knowledge of the consequences.’ Bolsonaro, who has been the subject of three previous ICC complaints since he assumed office in early 2019, denies all wrongdoing.

Across Latin America and the Caribbean, more than one million people have already died from Covid-19, making it the worst-hit region worldwide. The reasons are complex but, undeniably, have exposed deep inequalities across the region’s 33 countries.

Latin America’s excess death toll – those that exceed the number that normally occur over a given period – has rocketed. The failure by many countries to establish an effective public health strategy has been compounded by overwhelmed and underfunded health systems and social protection mechanisms that have not responded adequately to the enormity of the crisis.

The slow response – or in some instances complete inertia – of many nations has sealed their fate. ‘Governments in certain countries adopted a position of denying the pandemic and not establishing policies to control it,’ says Fernando Peláez-Pier, former IBA President and a senior consultant at FPeláez Consulting. 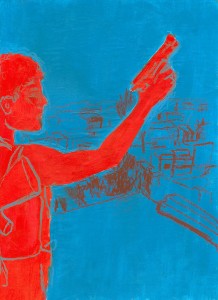 Here is my first article published in Prospect:

On 7 April, 23-year-old Wellington Menezes de Oliveira entered a school in Rio de Janeiro brandishing a gun. He killed 12 students and injured more than 20 others before shooting himself. Although Brazil has become increasingly associated with violence and gun crime in recent years, this was the first time in the country’s history that a school has been the target of a shooting, drawing comparisons with the 1999 Columbine massacre.

After weeks of speculation, Dilma Rousseff has been elected president of Brazil. 62-year-old Ms Rousseff has never held elected office before but was voted in yesterday as the country’s first female president.

After a bitter fight to the end in which both sides accused one another of corruption and misconduct, Rousseff, of the governing Working Party, won 56% to 44% against her rival José Serra, a candidate for the Social Democrat’s Party.

She was always tipped as the ideal successor of outgoing President Luiz Inacio Lula da Silva and enjoyed his support throughout the campaign. He was always praised as an ambassador of the poor and leaves office after two terms with a sky-high popularity rating.

In her victory speech, Rousseff announced that one of her first priorities would be to “eradicate poverty” and pull 20 million Brazilians out of poverty. She hopes to build on Lula’s achievements, since under his government the country witnessed increased minimum wage, increased per capita income and reduced unemployment.

Rousseff’s victory is also a huge victory for the left across Latin America. Washington is unlikely to welcome the news, since, in spite of efforts to cooperate more closely with Latin America than his predecessor, Obama’s administration has continued Bush’s “rollback” strategy against the rise of the leftist governments in the continent over the past decade.

On another level, her victory also points to the ascendancy of female politicians throughout the continent. Of the major countries alone, Argentina has already had two female presidents, Isabel Peron, the first woman to become president of a republic, from 1974 to 1976, and Cristina Fernandez de Kirchner, who has been in power since 2007. In Chile, Michelle Bachelet ruled from 2006 until March 2010. Now Brazil has its first female president.