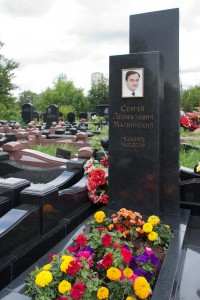 In the report published last week, Muižnieks highlights a recent decision by the European Court of Human Rights, which states that posthumous trials violate Article 6 – the right to a fair trial – since the deceased is not able to testify at his trial.

He added that the trial’s proceedings are also contrary to a July 2011 ruling by Russia’s Constitutional Court, which stated that prosecutors cannot continue to prosecute people after their death. Instead, he adds the ruling said that ‘…posthumous trials are only allowed with a view to rehabilitating a person who was accused or convicted of a particular crime at the request of his family.’

The damning report comes just weeks after the Parliamentary Assembly of the Council of Europe’s (PACE) Legal Affairs and Human Rights Committee approved a report calling for the Russian authorities to put an end to the posthumous trial once and for all.

Twitter has followed Google, Facebook and Zynga in setting up an international HQ in Dublin. Why is Ireland becoming the high-tech capital of Europe?

This is my latest feature piece for the January issue of The In-House Perspective, the magazine of the IBA corporate counsel forum. Unfortunately it’s subscription only access, but if you’re interested in reading the article, email me to request a PDF version.