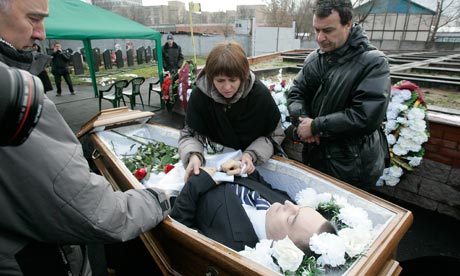 This week it was announced that the Russian authorities are planning to resubmit a tax evasion case for trial. Nothing out of the ordinary, you might think, except for the fact that the defendant is deceased.

The accused in question is Sergei Magnitsky, a Russian lawyer who died in a Moscow prison cell in November 2009. Magnitsky was initially detained in November 2008 on suspicion of assisting one of his clients – UK-based investment fund Hermitage Capital – evade about $17.4m in taxes. Although the original allegations were lodged against Hermitage, during the investigation Magnitsky discovered what he believed to be a cover-up for Russian state officials to embezzle an estimated $230m from the Russian treasury.