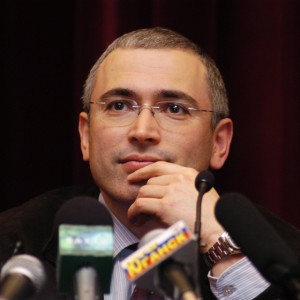 The Russian judicial system has been thrust into the spotlight countless times in recent months by the high level of international media attention surrounding trials involving the Arctic 30, the Bolotnaya Square protesters, Pussy Riot and Russian opposition leader Alexei Navalny.

However, arguably 25 October this year marks one of the most significant junctures in recent Russian legal history: it is ten years to the day since Russian businessman Mikhail Khodorkovsky was arrested at gunpoint in Siberia after his plane was stormed by special forces officers and he was detained by the Russian authorities.

Ten years behind bars and the former head of the now bankrupt oil company Yukos has undergone a rollercoaster ride of trials and appeals within Russia and further afield. Both he and his former Yukos business partner Platon Lebedev – who was arrested in July 2003 and has been represented by a separate legal team – first went on trial in June 2004 charged with tax evasion and fraud.