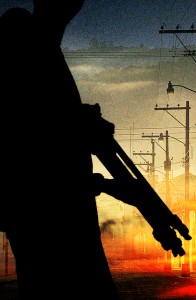 Here is my latest article published in Prospect:

On Sunday morning, 27 people were killed and beheaded in northern Guatemala following a raid on a dairy ranch in Caserio La Bomba. The incident has been described as the worst massacre in Guatemala for over 15 years. Amid growing suspicion that the attack may be linked to the rising presence of the Mexican Zeta drug cartel in Guatemala, the massacre may also point to the wider responsibilities of Mexico’s drug war.