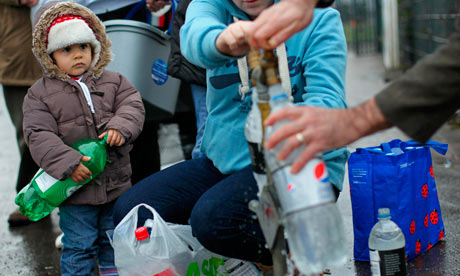 Witnessing thousands queue in the cold and dark over the past two nights to collect water from depots across Northern Ireland, I’ve found it hard to understand how things could have gone this far. One member of the public described it as “scandalous”, a second as “unacceptable”, while others are speechless as to how to describe the current water crisis that has left about 80 towns and 36,000 homes without running water. Understandably, the public are angry and want somebody to blame. However, the crisis reveals more than just a lack of a foresight, but also longstanding neglect.